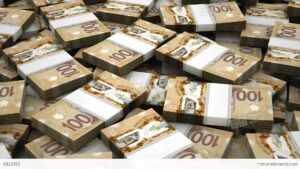 Taxpayer Input to 2023 budget This post has attracted, as expected; because it causes the commenters to think about a serious issue, and most of the comments are the usual whines about the lack of meaningful public input and where the money might be spent uselessly, few comments so far.

The point of this post is to agree that Public input is essential but for the Budget process it is all but useless as Joe/Jane Citizen as nearly all of the Town’s programmes are baked into the budget and the only real convo takes place about the amount of money going to Community Groups. This category has been whittled down over the past couple of Council terms to be almost meaningless in terms of a real donation. Lipservice in the most extreme! But kudos to the 73 people who made the effort to complete the survey.

But an interesting comment was inserted by the largest ‘taxfighter’ of them all Mr Ken Strauss, the name he signs in with. BTW I commend those on the CobourgNews Board who sign in with their real names – there are very few of us. The majority hide behind Aliases and snipe from the bushes.

But back to KS’s comments and my subsequent retorts are here:

“The phrase “tyranny of the majority” is a disparaging term used by those who believe that their personal goals are more important than what the majority has chosen. I suspect that most Canadians believe that democratic choices should prevail rather than catering to the demands of special interests.” ben’s emphasis!

So the losing side in democracies i.e the opposition is a “special interest” and shouldn’t be heard from until the next election where they either win or lose?

“Winner take all” is hardly the definition of a healthy democracy.

Last edited 19 hours ago by ben

“ Losers call the system “unhealthy” rather than remaining silent..”

Just what kind of Democracy do you want? Obviously a State where elections will occur periodically and the winner gets all the power and the losers have to keep quiet and accept everything the winners dole out.

That’s not democracy that’s “tyranny of the majority” and something you advocate. Some would call the supporters of that system “sycophants of a dictatorship!”

So a discussion about the merits of next year’s budget and its priorities has led to the usual discourse about ideology. Sad but true, this type of discussion must drive John Draper nuts as he tries to moderate and keep topics on track.
However I make no apologies for my retorts because if we allowed KS’s comments based in ideology to stand they will sit out there as fact, and I cannot allow that. Another POV must prevail and again I make no apologies for that.